a
1
2
3
4
5
6
6
7
8
9
A
B
IMPORTANTTo read the national and local advice about coronavirus
CLICK HERE
CLOSE
Contact
Open Hours
Vaccines
Destinations
General
Need some help?
Email Us
Fax
01902 467545
Ambulance
999
NHS
111
Online Shopping
0300 303 3380
Pharmacy
i-meds
01902 546565
Social
Facebook
* Please be advised that we record all incoming and outgoing calls. This is for training and quality purposes and to protect both our staff and patients
Usual
Opening Hours
Monday
08:30 to 17:00
Tuesday
08:30 to 17:00
Wednesday
08:30 to 17:00
Thursday
08:30 to 17:00
Friday
08:30 to 17:00
Saturday
Closed
Sunday
Closed
Holiday
Opening Hours
Our opening hours may vary from branch to branch. Visit our branches page to see the opening hours of your nearest branch.
See Branches
Cholera
Diphtheria
Hepatitis A
Hepatitus B
Japanese Encephalitis
Meningitis A,C,W, and Y
Polio
Rabies
Tetanus
Tick-borne Encephalitis
Typhoid
Yellow Fever
Africa
Antarctica
Asia
Australia & Pacific
Caribbean
Central America
Europe
Middle East
North America
South America
BLOGS
What we have to say about your health and well being
Search...
BLOG
What we have to say about your health and well being
12
Feb 2019
'Help Us Help You' Overview 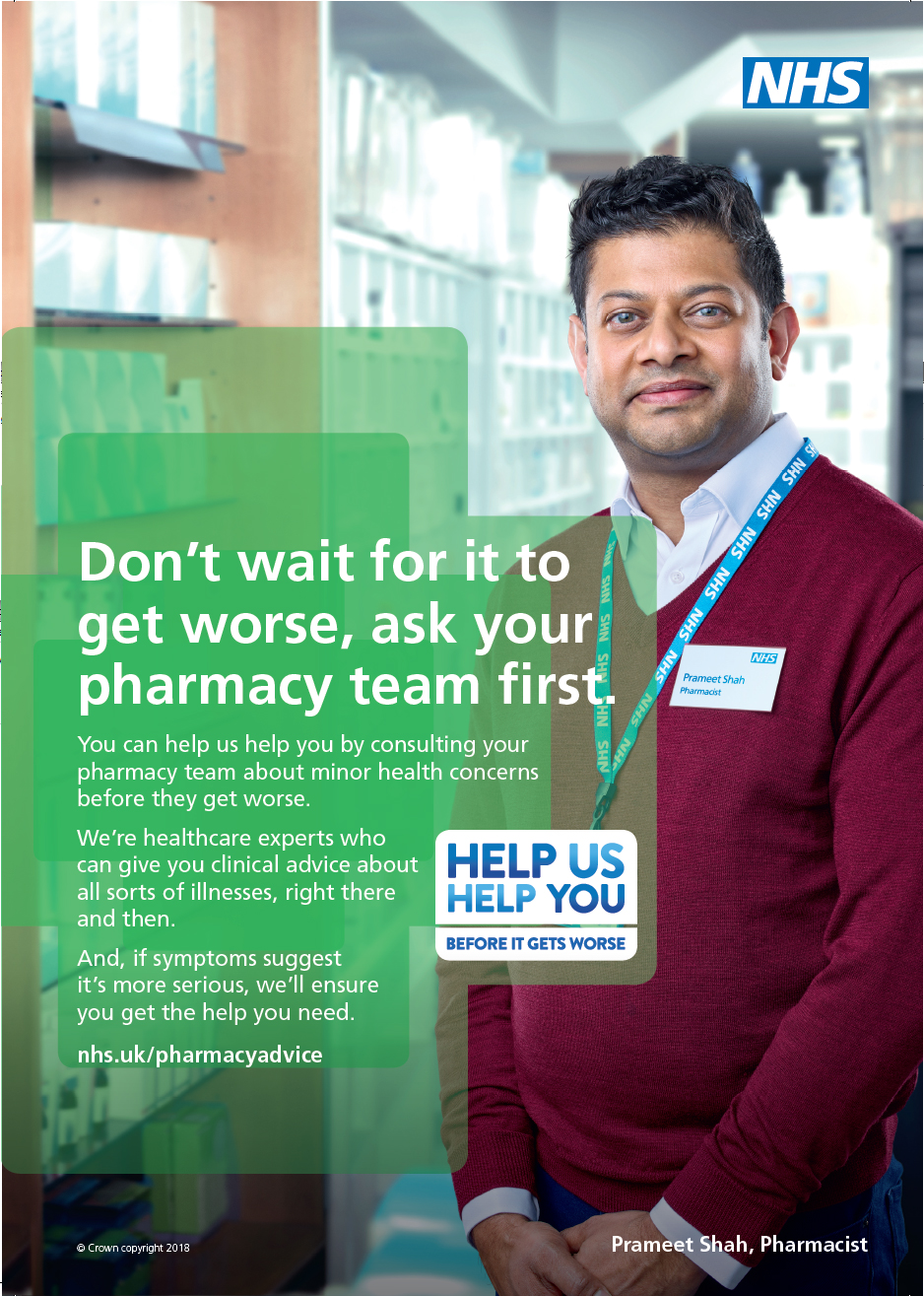 On 4th February 2019, NHS England launched a Help Us Help You ‘Pharmacy Advice’ campaign, which will position pharmacies as the first place to go to for advice on minor health concerns, such as coughs, colds, tummy troubles and aches and pains. It is anticipated that the campaign will run for 6 weeks until 17th March

Research shows that 27% of general practice appointments in England could potentially be treated elsewhere and approximately 18 million of these could be treated through self-care and community pharmacies*. This campaign seeks to address this by highlighting to the public the minor health concerns which can be treated by pharmacists as well as the services offered by their local pharmacy team (such as administration of flu jabs, advice on quitting smoking and how to take new medication.)

* Taken from ‘Making Time in General Practice’ report, commissioned by NHS England and published in October 2015.

Get Your Flu Jab with i-meds

Let us know if you would like to get your flu vaccination with us and we will organise your booking. Free on the NHS for anyone over 50 (before 31.03.2022) and for people who are pregnant or have certain medical conditions.